Allergies On The Rise

WHY ARE ALLERGIES INCREASING?

Studies have shown a number of possible factors that may be contributing to the rise in allergies. The most prominent, the Hygiene Hypothesis, theorizes that modern day hygiene creates a bacteria-free environment, which prevents an active immune system in early childhood. This may be causing the immune system to become more prone to allergies since the defense system is not challenged by harmless bacteria. Children who are exposed to such bacteria earlier in life appear to have reduced risk in developing allergies by boosting immune activity.

However, the rise in allergies may also be a consequence of the changing environment. Christine Rogers Ph.D., a research associate in Environmental Science and Engineering at Harvard University explains that there have been significant increases in allergies and asthma in recent decades, which cannot be explained by any change in genetics.

According to Rogers, global warming is having an impact on the growing season with spring occurring earlier in most places. Along with an increase in carbon dioxide levels, this will result in longer and more intense allergy relief seasons in the future. Based on their studies, it is estimated that pollen production in ragweed can be expected to increase significantly from predicted future climate conditions.

Aeroallergens are becoming more abundant due to climate change and causing more cases of allergies with stronger reactions. Paul Epstein, M.D., co-director from the Center for Health and the Global Environment at Harvard confirms that global warming is directly affecting pollen production. From the atmosphere becoming more clogged with carbon dioxide, plants are responding by producing more allergens. Higher rates of asthma are expected due to higher levels of pollen and changes in the types of molds brought about by global warming.

While environmental changes and more hygienic homes may be causing an increase in respiratory allergies, there are no studies available showing that either of these factors is contributing to the food sensitivity epidemic. While it is estimated that only 2-8% of the population has "true" food allergies, such estimates are based on the fact that the majority of food reactions do not involve an IgE mediated response, therefore are not considered true allergies. Consequently, the percentages are quite low and do not represent the actual number of people who suffer negative reactions from food.

The rates for food sensitivities have risen dramatically in the last 25 years, requiring multiple industries to accommodate this 21st century reality with food package labeling and alternative meal choices in restaurants, cafeterias and airplanes. As respiratory allergies have been affected by environmental changes from global warming and pollution as well as modern hygiene, changes in the human diet may also be contributing to food sensitivities.

In recent decades, alterations to food have included increased pesticide use, irradiation, thermal processing, adding artificial colors and flavors, synthetic vitamin fortification, chemical preservation, and hydrogenation. While further studies need to be conducted on the health effects of food adulteration, a growing body of evidence suggests that tampering with the human diet is playing a major role in multiple conditions unique to the last 30 years.

Alterations in the human diet have been significant in developed countries over the last 30 years. To accommodate convenience, marketing, extended shelf life and large-scale production, numerous methods of food processing have evolved. Such methods include preparation, mechanical processes, separation, isolation and purification, thermal processing, biochemical processing, genetic engineering, irradiation, synthetic vitamin fortification and the addition of natural and artificial colors, flavors and preservatives.

Conflicting studies show both the safety and health risks involved with the many aspects of commercial food production. For example, thermal processing has been shown to reduce the allergenicity of various food proteins as the high temperatures cause significant alterations in protein structure. However, multiple studies have also concluded that the thermal processing of peanuts actually enhances the allergenicity.

Various methods of food processing can have an effect on protein molecules, which may be targeted by the immune system. High levels of heat can cause disorganization within the structure and lead to denaturation of the proteins. Chemical modifications of the protein may also occur at high temperatures. In addition, there may be interactions with other constituents within foods, which can have a major effect on the allergenicity of the processed food. With such modifications taking place on the molecular level, it is possible that the body may reject a food component, which has been changed from its native conformation. Furthermore, it is difficult to rely on IgE binding studies of food proteins since they have a poor specificity and sensitivity for assessing the allergenicity. Yet these studies are commonly used for the evaluation of the safety of new foods.

The culmination of various forms of food adulteration and modification may be responsible for the sharp increase in food sensitivities. Since inadequate attention has been placed on studies addressing food sensitivities, little is known about the broad range of symptoms and their link to specific foods. However, numerous studies have consistently shown that avoidance of certain foods can elicit a marked decrease or resolve in related symptoms, even though the reaction is not a true allergy relief with an IgE mediated response. In fact, food sensitivities have become a prevalent health issue and further research is necessary to determine the possible causes contributing to the increasing number of sufferers.

The most prevalent studies available on food modification and adulteration have focused on the use of pesticides and the link to cancer, allergies and the effects on the endocrine system, as pesticides can mimic hormones (referred to as endocrine disruptors).

Proactive efforts to minimize exposure to pesticides, artificial additives, chemical preservatives and other various forms of food adulteration or modification may prevent the associated health effects and sensitivities to food. However, once an allergy relief or sensitivity has developed, such measures may not resolve the condition.

Multiple studies have shown various negative impacts from pesticide use and food adulteration. In the case of food sensitivities or allergies, the body may be developing a negative reaction to a harmless food or protein due to the association with pesticides, artificial additives or the modification of protein structure.

It is important that science and medicine endeavor to meet these challenges of the 21st century to accommodate the environmental and health impact from modern commercial practices. The development of Advanced allergy relief Therapeutics is one solution to this growing health issue. With the ability to retrain the immune system to correct an inappropriate response, allergy relief sufferers may regain their health and relationship to the environment. However, by neglecting the environmental contributors to these health issues, the number of allergy relief sufferers will most likely continue to rise worldwide.

Suffering with Aches and Pains?

At Haggard Chiropractic, we are highly experienced at providing pain relief with chiropractic care. Call now to get started with your customized treatment plan!
CALL US NOW

What Our Patients Are Saying

Listen to our patients share their experiences and find out why we are the top rated chiropractic clinic in the Phoenix and Peoria-area. 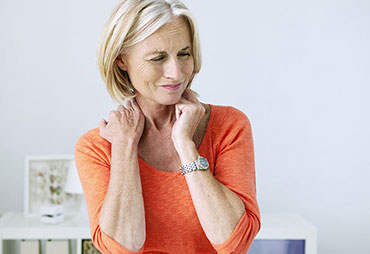 How often do you feel pain when you turn your neck? Do you even feel pain in your shoulders? Becoming even more […]
Read More 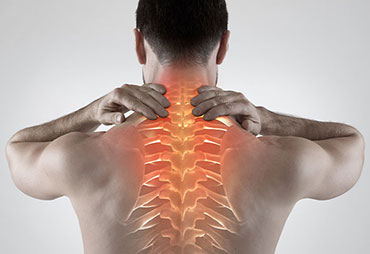 “My neck is hurting again!?" Do you ever find yourself thinking this? Did you know that neck pain often comes from […]
Read More 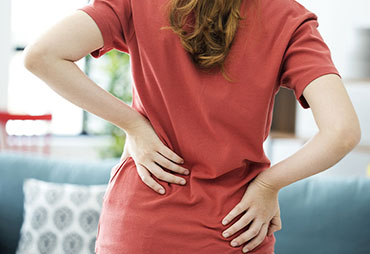 Are you suffering from back pain? Chances are, you’re not alone. Most people will experience back pain in in their lifetime […]
Read More

Come in to Haggard Chiropractic for a Consultation, Exam, X-Ray of the Complaining Area, and 1 Qualified Treatment for Only $49 (value $349).